A pilot study led by Jeffrey M. Perlman, MB, ChB involving 11 Tanzanian Physicians and Midwives found that new ways of approaching care in Tanzanian hospitals led to a significant reduction in preterm mortality.   The study, which has implications for most global resource-limited settings, was published today in PLOS ONE.  Dr. Perlman, a professor of pediatrics at Weill Cornell Medicine and Chief of Newborn Medicine at NewYork-Presbyterian Komansky Children’s Hospital, and his research team explored ways to improve birth rates by providing midwifes and other members of the healthcare team with a low cost “care bundle.”  The results are an overall 26% reduction in premature infant mortality and up to a 70% reduction in premature infant mortality when infants are exposed to all components of the care bundle.

Preterm infant mortality has remained high and unchanged for many years in Tanzania, a resource-limited country.  Approximately 9500 premature babies die annually (equates to one death per hour). Major causes of death include birth asphyxia (suffocation), respiratory failure and infections. Tanzania has limited capacity to continuously monitor heart rates, breathing rates, and/or manage preterm infants with any breathing support other than oxygen.  In addition, antibiotics are usually only given when preterm infants show any symptoms of distress, which is too late.

Given these limitations in care, Dr. Perlman and his research team focused their attention towards a relatively low-cost prevention approach which is part of the standard practice of neonatal intensive care units in the United States. These strategies include: administering antenatal steroids to mothers in preterm labor to help lung growth, giving antibiotics to mothers in active labor, ensuring a smooth transition from the womb to the extrauterine environment, keeping infant body temperatures from dropping at birth, and the use of early neonatal antibiotics. This care bundle was given to mothers of fetuses of estimated gestational age 28 to 34 6/7 weeks. The estimated cost of the care bundle medications was $6 to $7 per mother/infant pair. 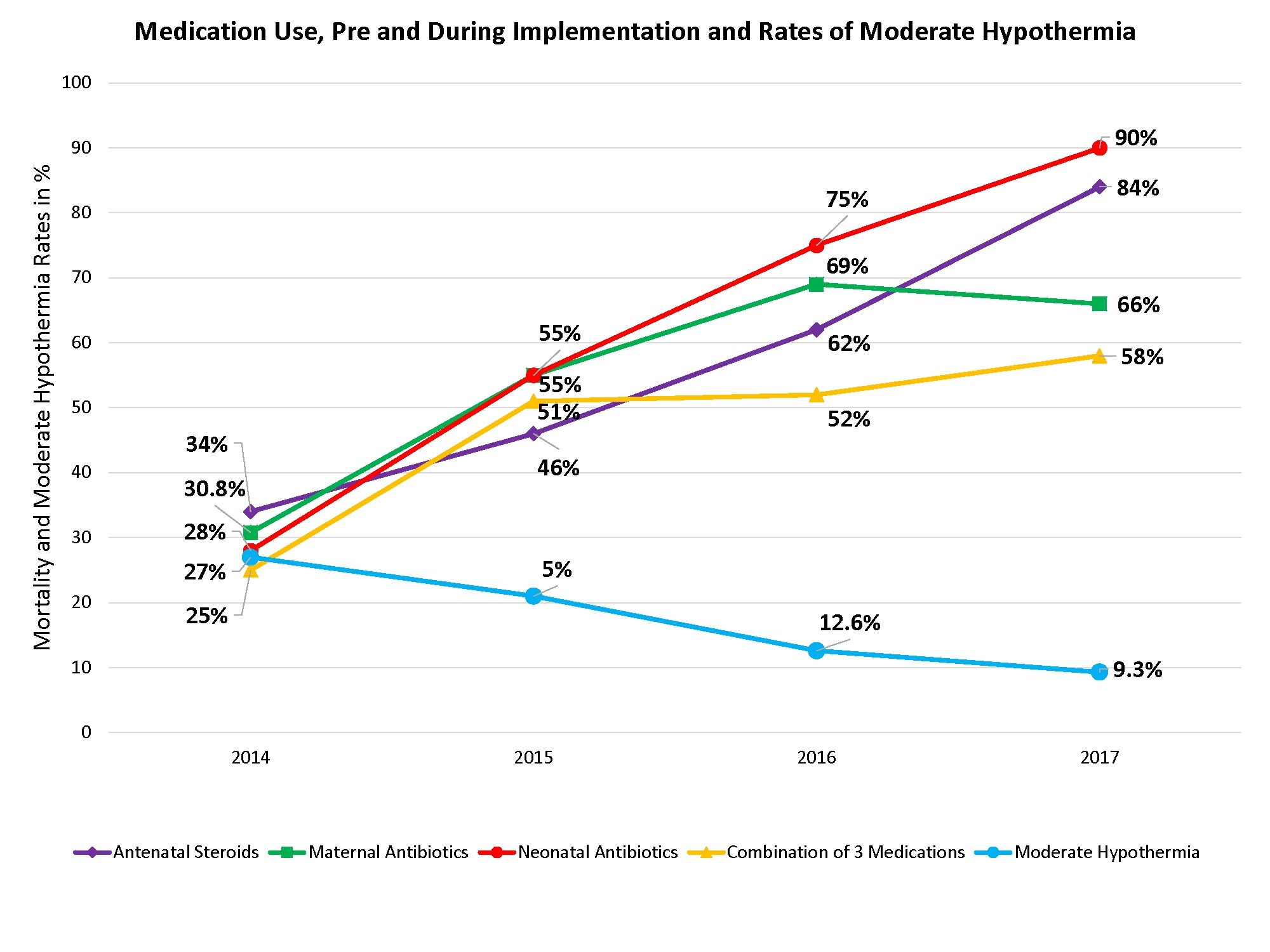 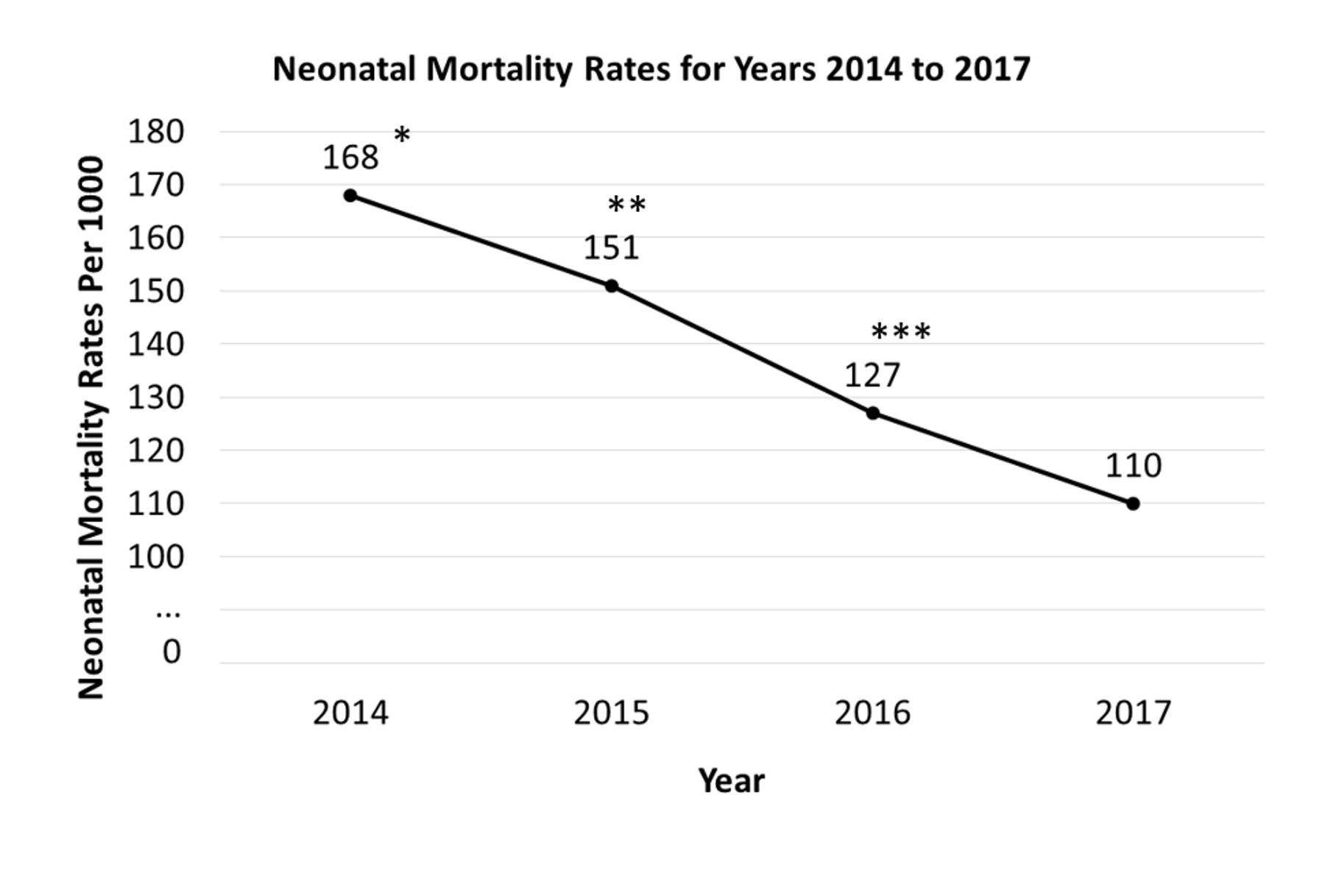 During the study period (2015 -2017) it is estimated that approximately 175 premature infant lives were saved by using the care bundle. The bundle is easy to use, accessible by all members of the perinatal team.

Part of the initiative has included clinical resources such as a colorful guide to basic principles of perinatal premature infant care. [Figure 3] 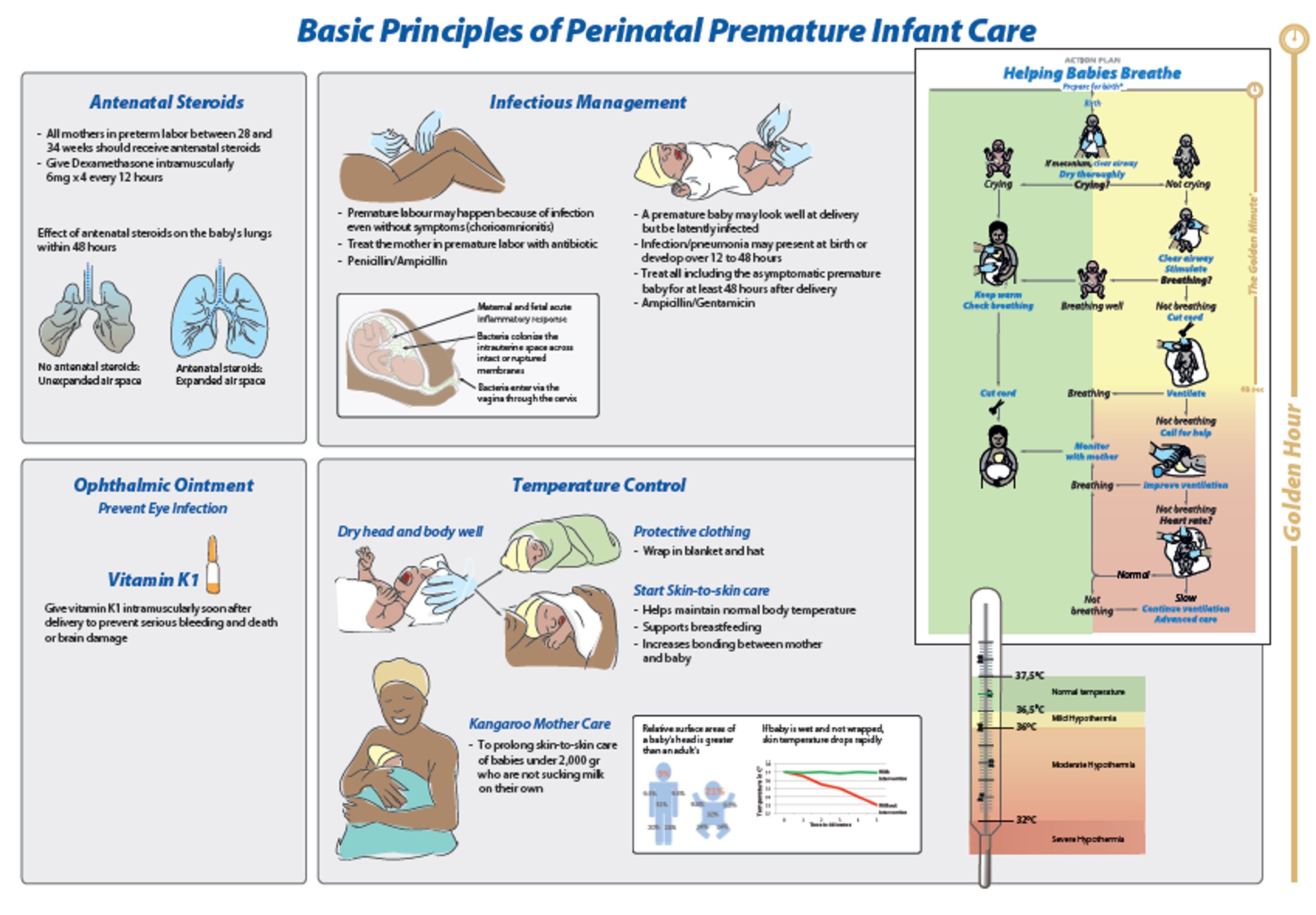 Dr. Perlman notes a significant component of this and other initiatives that he is involved with, is the empowerment of midwives, who are present at 90% of all births in Africa, and have a central role in the birth process. This focused on educating them about early newborn care in addition to their obstetric knowledge, an approach that required “thinking out of the box” to achieve that goal.  “Providing a realistic way for providers – and especially midwives -- to tangibly make a difference in helping premature babies survive, is both exciting and extremely rewarding," says Dr. Perlman.   “If the findings can be replicated in other resource-limited settings, the ability to further reduce the less than 5 year mortality rate globally is enormous.”

In 2013, Dr Perlman and the same group of Tanzanian investigators were the first to demonstrate a significant reduction in early neonatal deaths (47%) (this included both term and preterm infants), and a reduction in fresh stillbirth rates (24%), following introduction of a program called Helping Babies Breathe, developed by the American Academy of Pediatrics. This paper was published in the journal Pediatrics.

This study was funded in part by Bloomberg Philanthropies.

Dr. Jeffrey Perlman has received a research travel award from the Laerdal Foundation for Acute Medicine to conduct his work in Tanzania.